Lucetta returned to PWC after four years of studying and performing in the LA area. While in CA, Lucetta had the opportunity of working with many dance artists such as Joe Tremaine, and the dancers of Tap Dog. She performed in Washington, DC on National Tap Day with guest stars, Gregory Hines, Joe Webb, and Savion Glover, and sang in the Stand for Children event hosted by Rosie O’Donnell. Lucetta attended The Juilliard School of Performing Arts, The Joffrey Ballet School in New York, and was a company member of the Center Dance Company in VA. Lucetta’s talent for choreography has won her several choreography awards at local competitions; Lucetta also choreographs gymnastic levels 7-9 floor routines for area gymnasts. Lucetta is an American Ballet Theatre certified instructor. She is a 9-year member of the Capitol Movement Dance Company in D.C., performing and instructing dance in the DMV area. Last summer and fall she spent three weeks performing and teaching for the military over seas in several different cities.  Lucetta received the "Potomac Local’s Forty Under Forty" for her leadership in the Arts.

Leanne Taylor is a graduate of George Mason University.  She began her dance training over 30 years ago and continues to perform as a member of Woodbridge Dance Company.  Leanne is an alum of WAD and specializes in the instruction of  students from our Dance Intro through Level 3 programs. She has also worked with local PWC cheer squads choreographing award winning cheer routines.  Leanne currently is the Treasurer for Woodbridge Dance Company and Fundraising Chair for the Youth Performance Group.  Leanne is enthusiastic about sharing her passion for dance with both her children and all the students at WAD.

Shontal attended Edward Waters College in Jacksonville, Florida on a music scholarship and has studied Percussion and the Trombone. She returned to the area and began her training in Hip-Hop dance and currently choreographs all over the Metropolitan area. Shontal is a founding member of the Capitol Movement organization and a faculty member at the Capitol Movement Dance Studio located in Washington DC. For three years, Shontal was Assistant Director for the NBA Jr. Wizards dance team, known as the Capital Kidz and the WNBA Mystics Mayhem dance team. Last season for the WAD’s Competitive Dance Team, Shontal's piece awarded her the Federal Dance Competition's People Choice Award for the Southeast Region. Shontal is an advocate for Hip Hop and has founded the G.U.M. Crew which continues to perform all over supporting dance as a culture.  Shontal’s most recent resume includes tours in Japan, Italy, and Turkey performing for the military troops.

Dawn (Cipolla) Whitaker has studied and trained in studios in New Jersey, Georgia, Washington, Kentucky and Virginia. She danced competitively for over 10 years in the north east and the south winning many top honors at both regional and national competitions and was selected to perform in the opening and closing ceremonies of the Atlanta Summer Olympic Games. Dawn attended the University of Washington in Seattle where she received her Bachelors of Science in Dance with a focus in modern dance and teaching methodologies. In 2010 Dawn began performing with Woodbridge Dance Company and became the company manager for WDC in 2013.  Dawn specializes in teaching our Levels 4-6 programs and has enjoyed watching the students' love for dance grow each year.  Dawn also teaches dance technique and choreographs for local high school outdoor and indoor color guards where her work has contributed to top Auxiliary rankings and Fan Favorite Awards. She looks forward to sharing her passion for dance with others in any opportunity she has.

Cierra has been dancing for 25 years and teaching dance for 12 years. She is trained in ballet, jazz, contemporary, hip hop, pom, and modern. Throughout her collegiate career, Cierra was a member of the nationally-ranked Rutgers University Dance Team and competed on the jazz and pom teams at Universal Dance Association (UDA) College Nationals. In 2014, Cierra won the title of Miss New Jersey, in which she shared her dance talent with audiences all over the East Coast and was awarded the preliminary talent award three out of the four years she competed for the title. This led her to fulfill her dream of performing on the Miss America stage. She danced professionally in the NBA for the Washington Wizards for two seasons, where in addition to performing at home games, she was selected to be one of the team representatives at media appearances including Fox 5 DC, WJLA, and Good Day DC. Cierra has been a technical company member with Capitol Movement for two years and is an instructor with AVA Dance Company. She has a Ph.D. in education from the University of Maryland – College Park and her research includes exploring dance and arts education as tools for social justice, as well as movement as methodology.

Marcia Smith is a DC Native. Marcia attended Washington Adventist University, where she obtained her Bachelor’s of Art Degree in English and Public Relations. Upon graduating, Marcia started her own company called Branch PR Branding & Artist Development. Dancing since the age of three, Marcia is well-versed and trained in many styles: Ballet, Jazz, Afro-jazz, Hip Hop, Lyrical, Contemporary, Poms and Heels. Marcia has had the opportunity to train under instructors from Alvin Ailey Dance Company, The Dance Theatre of Harlem, Culture Shock, Urban Artistry, The Academy of Theatrical Arts and The Dance Institute of Washington. In 2013, she began her professional career by diving into Artist Development and working with up and coming DC artists and grooming them for their stage, video and tour performances. While diving into her professional career she also danced with Capitol Movement Inc (CMI) for about 8 to 9 seasons. CMI opened many doors for as she was able to branch out into the Latin music scene with Recording Artist Jason Cerda. She has also performed and choreographed for Afro-Soca artists, Juicy J, Latin All Star, Nigerian Independence Day at EchoStage and more! Marcia is also a 3-time Pageant Queen and has had the chance to coach other pageant queens and choreograph. Continuing her professional career, she currently choreographs musicals for different art programs, Coaches the Poms Competition Team at Albert Einstein High School, teaches Master Classes at different Studios in the DMV area, teaches at Ballet Tap and All That Jazz and continues to stay booked and busy with artist development and performing with different artists.

Scarlett has been a Teaching Assistant four 4 years.  She is a member of the Woodbridge Dance Company Youth Perforing Group.  Scarlett is in the Honors Program at Woodbrdige High School and was a member of Vikettes dance team.  She has experience working with kids at the studio and in camp programs ages 3-10.  Scarlett hopes to continue her Dance Educaton after highschool.

Aubrey is Co-Captain of WDC's Youth Perofrming Group.  She is a second year student of the Center for Fine and Perorming Arts at Colgan HS.  Aubrey was a 2022 Power Pak Scholarship winner through Star Alliance and was the Top Teen soloist at StarStruck Dance Compeititon.

Braedyn is Co-Captain of WDC's Youth Performing Group.  She is a member of the Center for Fine and Performing Arts Program at Colgan High School.  Breadyn has been competing for 8 years at various regional competitons.  She has performed many lead roles such as the Toy Soldier Doll and the Russian Soloist in Clara's Dream and Tiger Lily in Peter and Wendy.

Ainsely is a Teacher's Assisstant specializing in Level 3.  She is a dedicated student and exudes great class ettiquette.  Ainsley has a lot of performance experience and has held lead roles in Peter and Wendy, Pinnocchio, and Clara's Dream.  Ainsley has been a member of the YPG for 7 years.

Kendal is a Teacher's Assistant specializing in Level 2.  Kendal has natural leadership qualtiies and is detailed oriented.  She enjoys all aspects of dance from classroom to stage.  Kendal has held many lead roles and placed first in many categories along with her teammates.  She will be approaching her 8th season on WDC's performing company.

This Amaya's second year assisiting our Level 1 dancers.  She recently performed with them as Mother Ginger in our winter production of Clara's Dream.  Amaya is a member of WDC's Youth performing group.  She always has great energy on stage and has received special reognition for her performances.  Amaya is an artist and is part of the Center For Perfroming Arts program at Colgan HS. 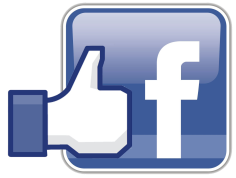